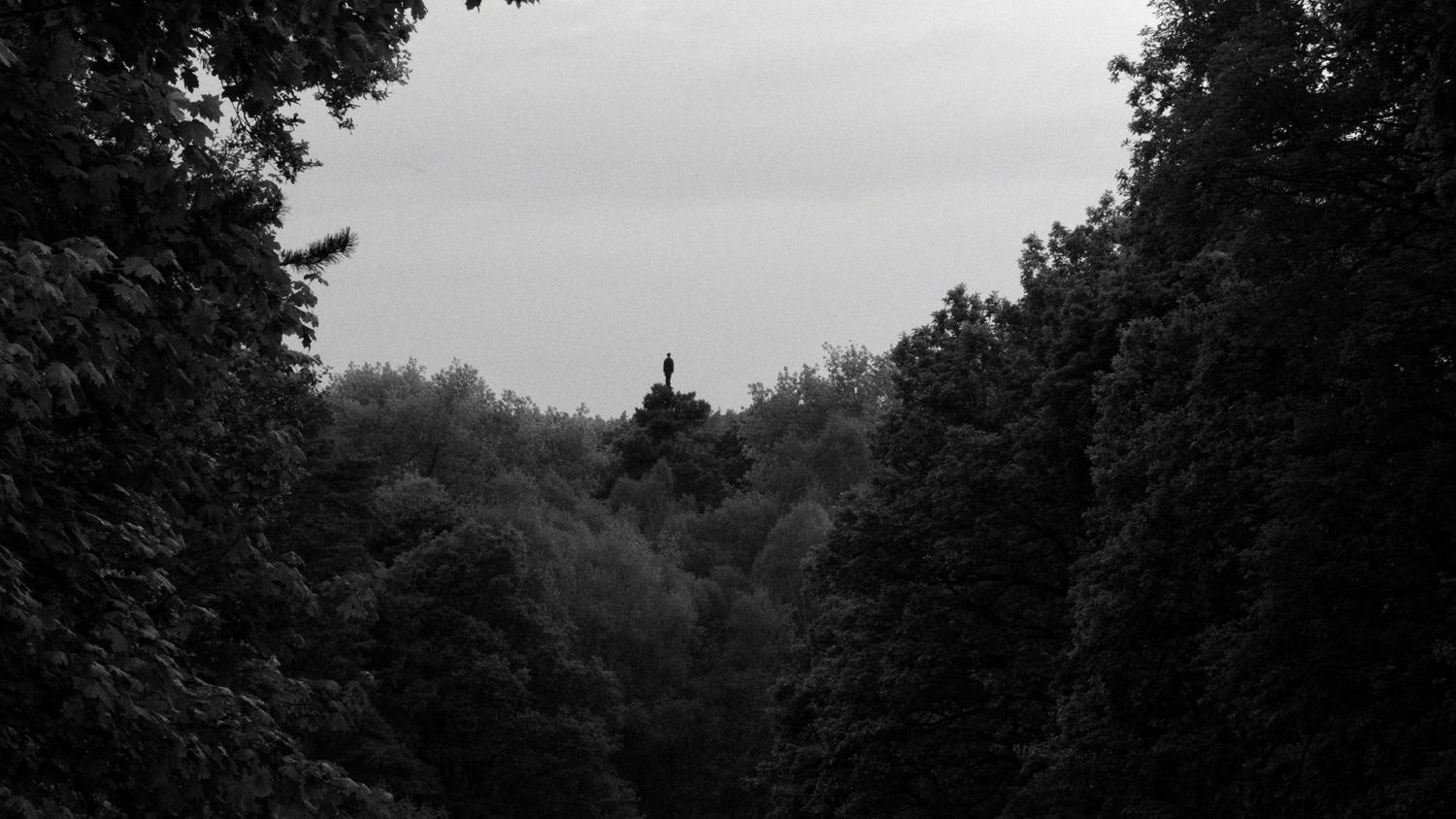 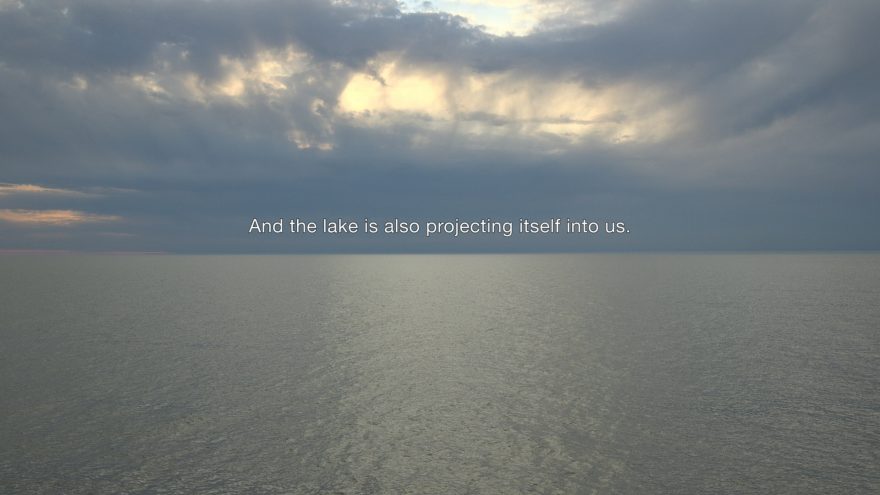 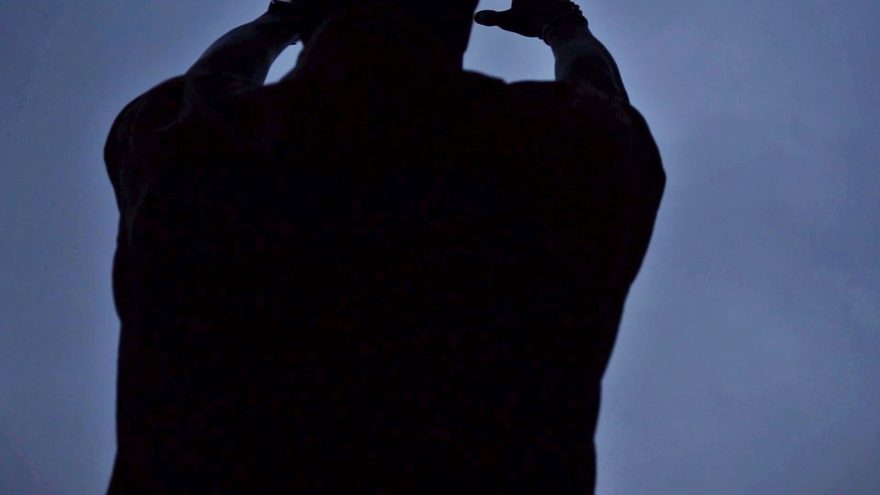 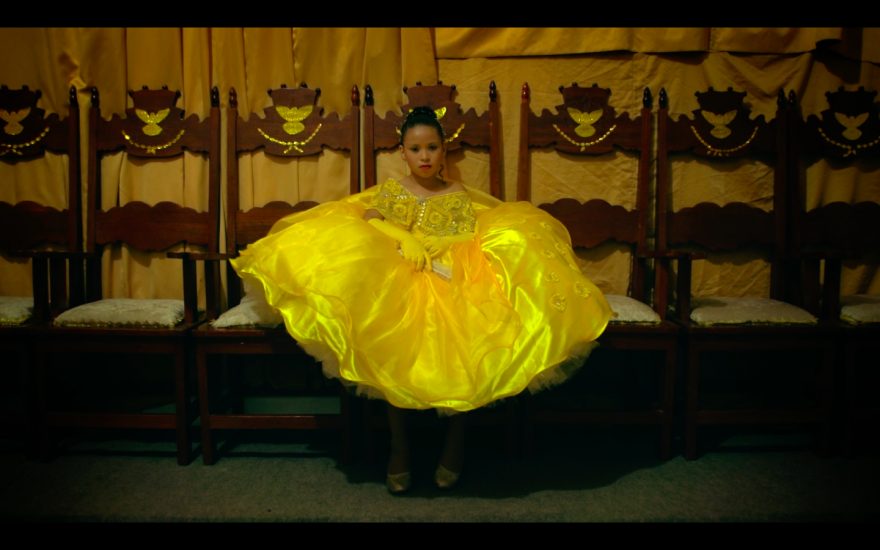 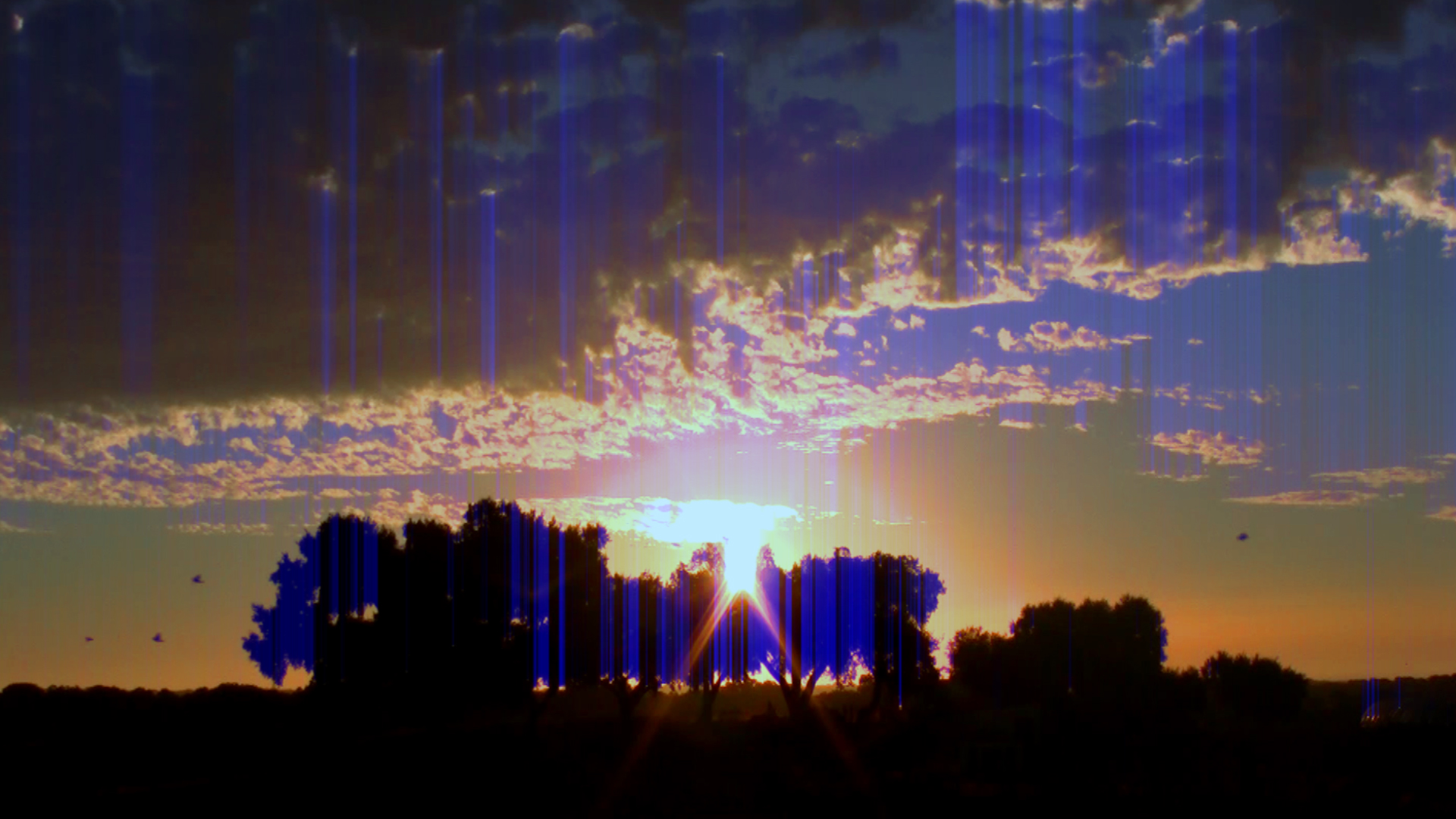 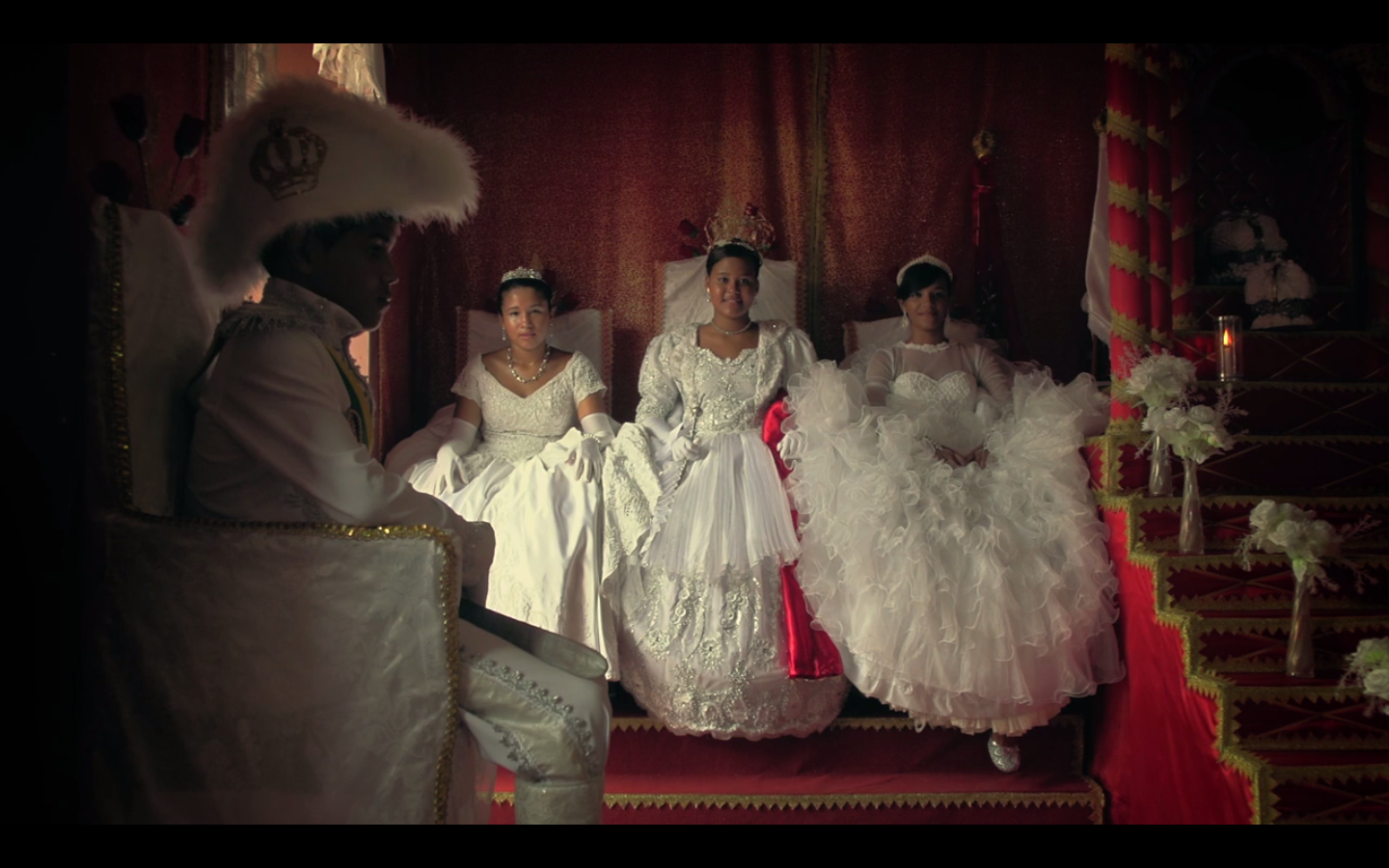 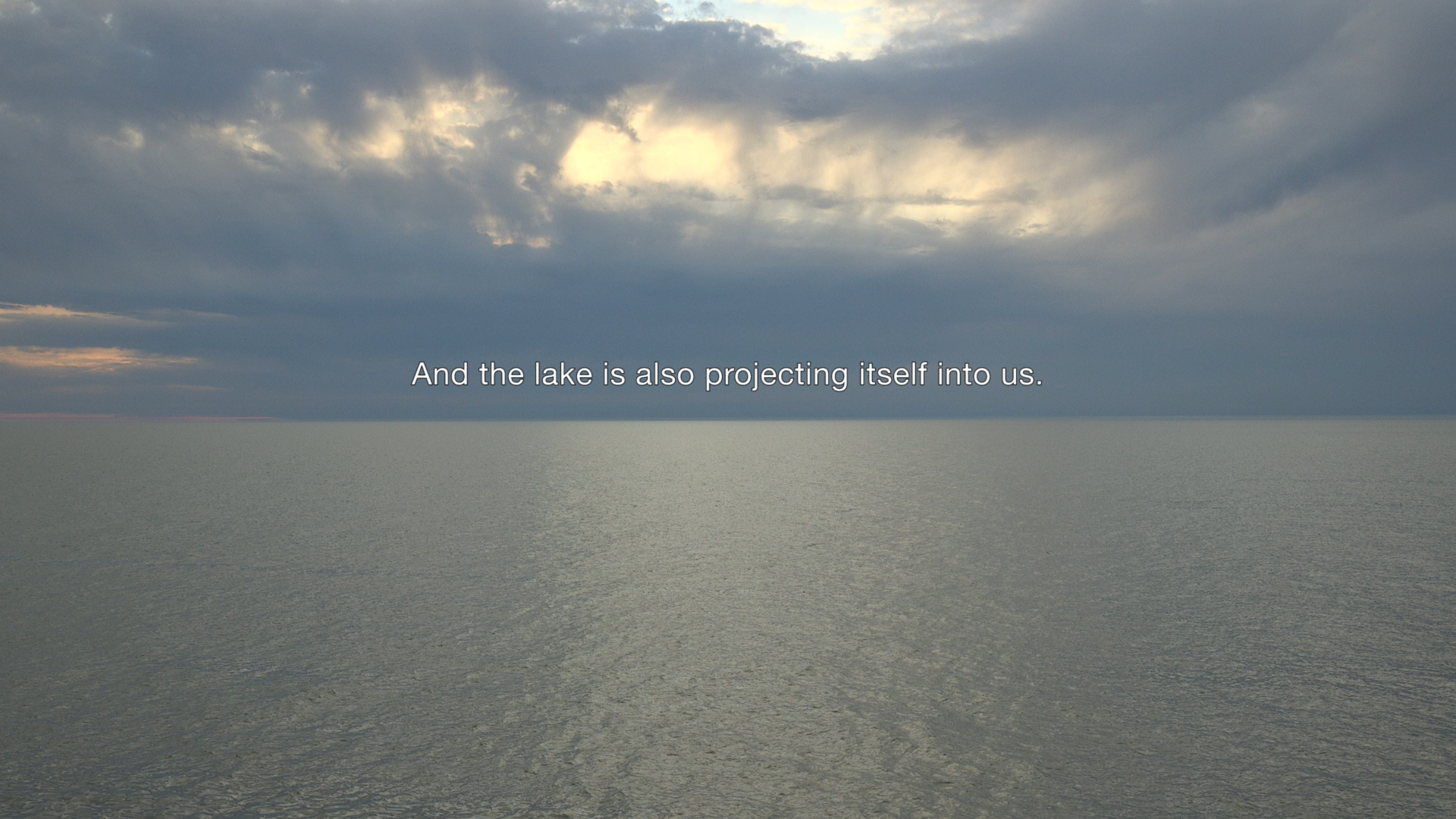 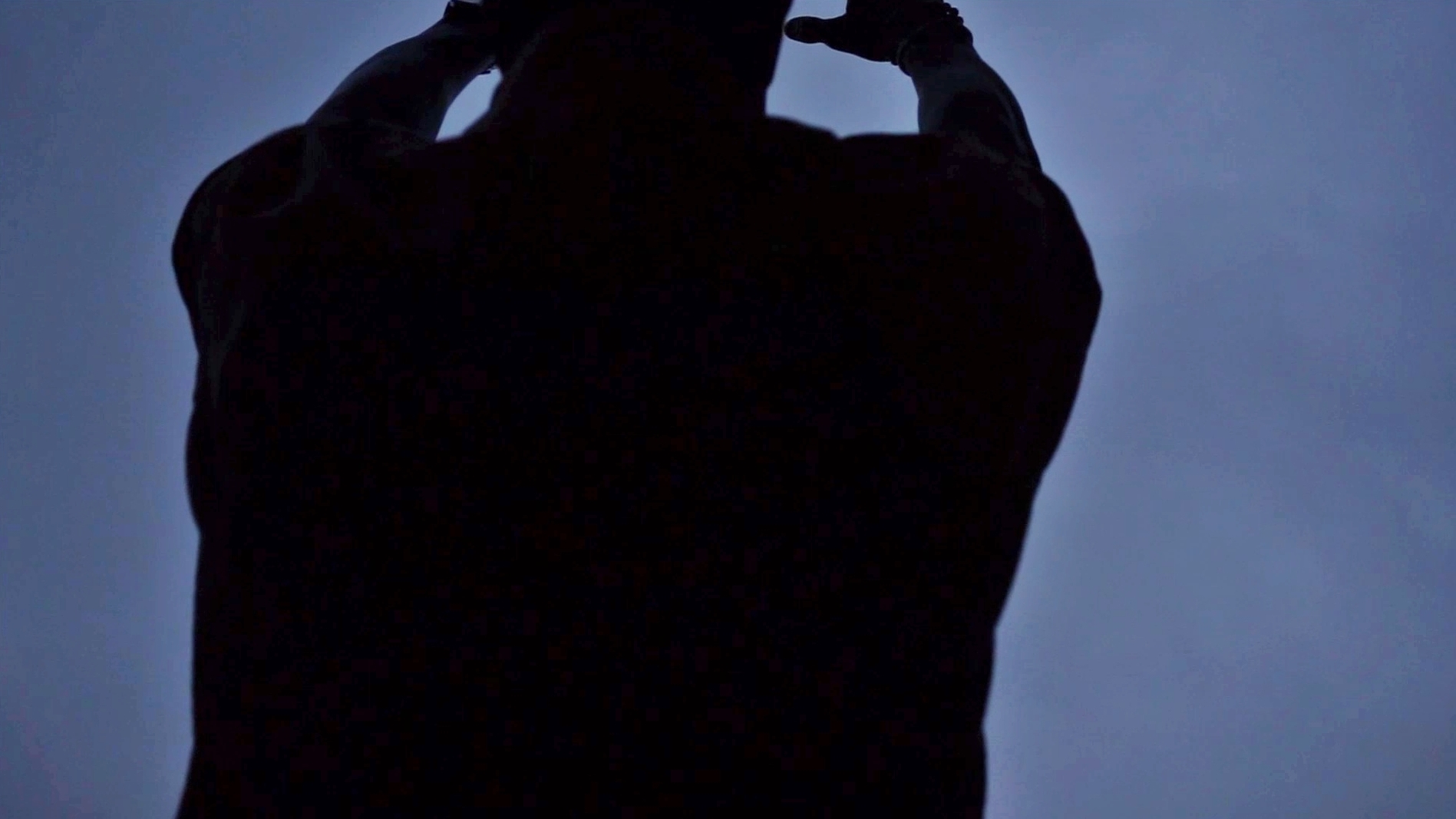 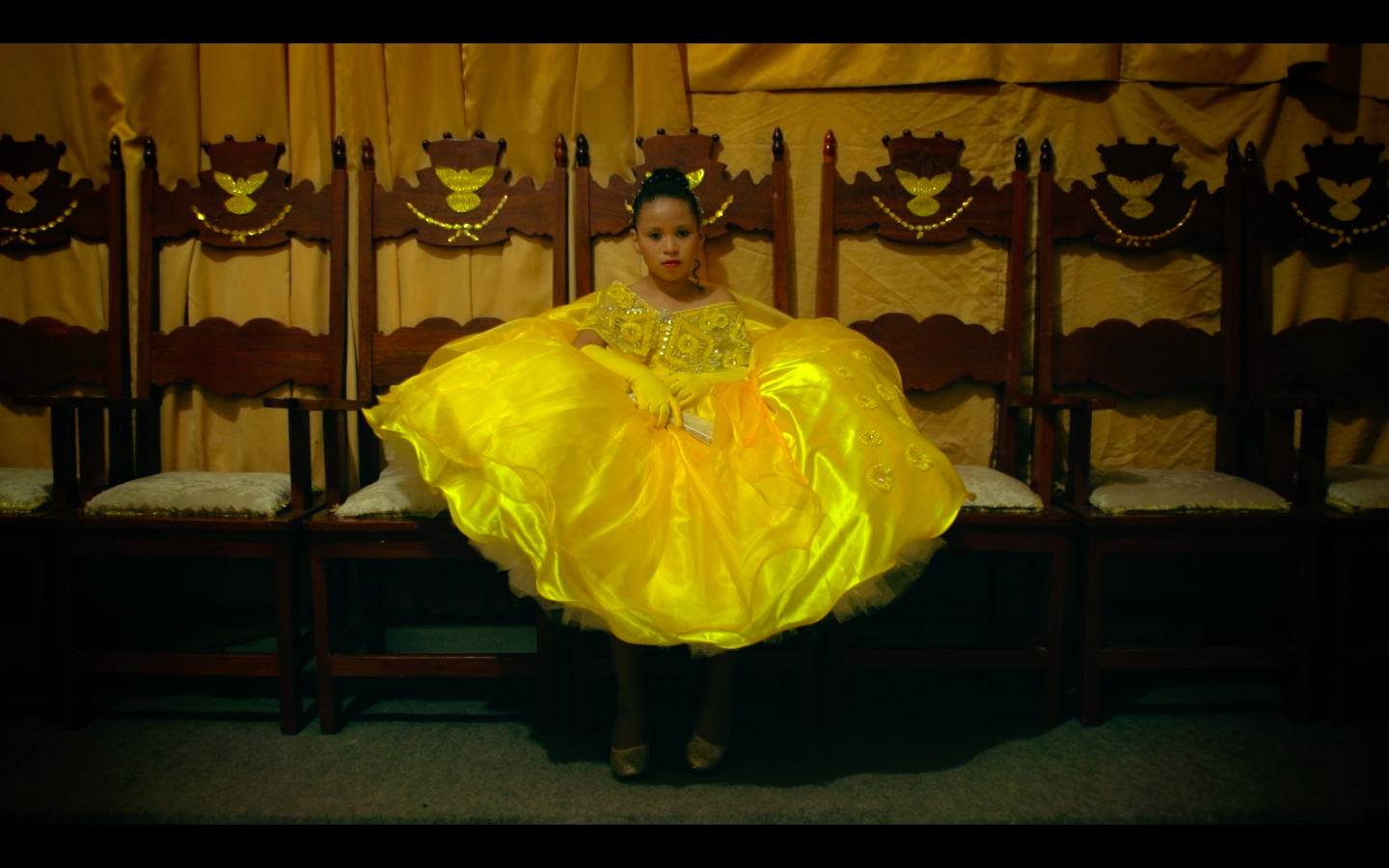 Having come out of the pandemic only to be faced with a desperate scenario of authoritarianism and war, and a no less daunting prospect of the near future, what are Portuguese-speaking artists who work at the intersection of visual, performance and cinematic arts saying, and how are they saying it?

The An Uncertain Future exhibition, organized jointly by FUSO – Lisbon International Videoart Festival and Videobrasil Online, brings together recent works by Portuguese artists – as well as foreign artists based in Portugal – which reflect their preoccupation with the world’s uncertain future.

The FUSO award-winning artists featured in this online exhibition comprise a potent panorama of the Portuguese-speaking art scene, exploring issues that are essential to contemporary art, such as the relationships between humans and the environment, memory and place of belonging, fiction and reality. Taking distinct approaches, the artists carry out transdisciplinary investigations that contribute to the widening and enrichment of the discussion surrounding the conflux of contemporary artistic praxis and other areas of activity and thought, offering a wide range of perspectives on our complex and seemingly deadlocked present.

Salomé Lamas, one of Portugal’s most renowned artists, explores the limits of documentary filmmaking, working at the intersection of ethnography, history, narrative, memory and fiction. Jose Carlos Teixeira’s investigative, experimental and socially engaged works draw on video, installation, text and photography to create new and novel interplays and to rethink the politics of representation.

Actor, director, performer and writer Welket Bungué’s incredibly powerful works combine documentation, manifesto, fiction, essay and visual poetry. Drawing on his personal life and geographical trajectory, the artist expands or amplifies the performative body while revisiting the notion of (neo)colonial identity. The scathing and ironic Yuri Firmeza creates potent and unconventional images that challenge power relations in art and in the world at large.

João Cristóvão Leitão delves into the idea of time, drawing especially on the works of Jorge Luís Borges. Using video, art objects and installation, the artist duo LealVeileby celebrates humor and the absurd through an artistic exploration of science, language and the occult.

By combining languages and media that echo the uncertainty of the present and by sketching out a kind of environmental futurism, the works featured in this exhibition attest to the potency of Portuguese-speaking art scene and to the remarkable power of the artists’ transdisciplinarity, while also evidencing the vital role played by institutions such as Videobrasil and FUSO, created with a view to identifying and supporting the production of art in environments that lack proper structures of promotion and dissemination. The continuous exercise of bringing to light new and potent works of art is always worth it.

SALOMÉ LAMAS
A Torre, 2015
Video, 8’45”
Made in collaboration with Cristoph Both-Asmus

Venturing into the threshold between Earth and Sky, a character climbs up a tree and tries metamorphosing into it. Whether the character does this out of naiveté, because of some mystical revelation or an inexorable death drive is unknown. Nature resists, however – not only this specific episode, but the entire the human species.

Salomé Lamas is Portuguese filmmaker who works at the outer limits of visual arts. She studied Film in Lisbon and Prague, and Visual Arts in Amsterdam and Coimbra. Her films, such as Terra de ninguém [No Man’s Land] (2012) and Coup de Grâce, are marked by a desire to challenge hegemonic narratives, and were screened in festivals and museums in Europe and in the Americas.

The artist records a conversation with Sara FitzSimons about the particularities of growing up and living near large bodies of water. Words merge with images of Lake Erie, in the Great Lakes region, nestled between Canada and the United States, located in the coordinates found in the title. A meditation on places, memories, identities, belonging and our relationship with nature.  Charged with emotional, intellectual and psychological meaning, in this piece, water is portrayed both as an essential physical reality and as a metaphor for the unconscious.

José Carlos Teixeira is a Portuguese visual artist, filmmaker and researcher who works at the intersection of cinema and anthropology. He draws on performance and collaborative practices to create video-essays, documentaries and installations which explore issues such as identity, limits, exile and dislocation. His works have been shown at the Centro de Arte Hélio Oiticica (Rio de Janeiro) and at the Fundação Gulbenkian (Lisbon).

In this immersive meditation, a future is imagined in which the world, freed from humankind and its legacy – war, slavery, language, imperialism, hunger –, returns to a state of equilibrium and takes its own course. The artist poses a question: when did man stop being a part of nature?

Welket Bungué is an actor, filmmaker and transdisciplinary artist of the Balanta ethnic group, born in Guine-Bissau. He works with text, film, performance, and theatrical arts. He directed the short films Mudança (2021), Eu não sou Pilatus (2019) and Arriaga (2019), which were screened at the Berlinale, Africlap (France) and DocLisboa festivals, among others. He is currently working on an autobiographical essay titled Corpo periférico.

The village of Alcântara, the first capital of the state of Maranhão, in Brazil, was home to sugarcane and cotton barons in the 18th century, and was subjected to absolute ostracism before becoming a center for the launching of rockets by the Brazilian Air Force in 1990. The film explores the vestiges and representations of national projects from different eras, combining fantasies of an opulent past and a spacefaring future with the ruins of the present.

Yuri Firmeza is a Brazilian artist. Exploring the boundaries between fiction, reality and possibility, his videos and performances challenge the relations of power that pervade the art world and society at large. He studied Visual Arts and holds a master’s degree in Visual Poetics. His is currently pursuing a PhD in Multimedia Art at the Universidade de Lisboa. His work was shown at the 31st São Paulo Art Biennial and the 11th Mercosul Biennial.

The work is premised on the implausible hypothesis that one may be able to grasp the infinitude and immeasurability of reality. Several spatiotemporal paradoxes found in Jorge Luís Borges’s literary and philosophical universe are transposed and reimagined as an audio narrative in which oneiric accounts fuse and conflate: dreams from which one cannot wake up, walls that are actually portals, mountains which turn out to be skies, moments that contain all moments, mirrors one can walk in and out of.

João Cristóvão Leitão is a Portuguese artist. He holds a bachelor’s and a master’s degree in Performing Arts and Curatorial Studies respectively. His installations and video art projects explore issues related to expanded cinema, drawing on the literary and philosophical themes found in the works of Argentinian writer Jorge Luis Borges. His works have been shown in number of countries, and he has earned multiple awards in European festivals such as Videoformes and FUSO.

The mythical Greek goddess of universal remedy, known as Panacea, is brought to life through an AI-generated voice, and speaks of the advances and limitations of human civilization, and of a potential future in which a new material, made entirely of light, opens up unimaginable possibilities, with unexpected consequences. A visual montage in which science and fiction are pitted against each other, but are nonetheless inseparably linked to the history of mankind.

LealVeileby is a Swedish-Portuguese art duo composed of António Leal and Jesper Veileby. Their work draws on elements of everyday life and narrative, using video, installation, art objects, text, online projects and sound art to investigate the perception of reality through the lens of science, magic and language. Their artworks have been shown at multiple European festivals.

Founded in 2009, FUSO is the only video art festival in Lisbon to feature an ongoing programme with both national and international artists. With works ranging from canonical to contemporary, the festival features video art pieces which encompass visual arts, performance, cinema, literature and digital media, promoting visibility and new approaches to the moving image in the 21st century.

FUSO is committed to the excellence of its programme. Works are selected by both national and international curators, who develop exclusive programmes for the festival. Drawing on its vast knowledge and experience, the festival guarantees consistent content quality, and features works by both internationally-renowned and emerging artists, rarely or never seen before in Portugal.

In addition, FUSO annually honors historic artists who were important to the development of video art as an art form. During the festival, curators and artists exchange ideas and develop partnerships, creating a network of new connections and collaborations.

One of FUSO’s main goals is the promotion of new, national video art. The annual Open Call competition, open to Portuguese and Portugal-based artists, aims to identify, support and disseminate new works by Portuguese-speaking artists, granting the EDP/MAAT Foundation Acquisition Prize and the Ar.Co Incentive Award (a scholarship for Cinema/Moving Image Studies at the Ar.Co independent art school).

FUSO is present throughout a number of cities in Portugal and abroad, adapting its screenings and presentations to the needs of each venue. Thus, it fulfills its mission of fostering and promoting the development of national art, contributing to cultural diversity and bringing visibility to Portuguese artists both in Portugal and abroad.

In addition, the FUSO INSULAR festival is held in the Azores, with curatorial discussion sessions and a creative moving image workshop for local artists. The Azores Video Art Show serves as a platform for the screening of videos produced during the summer residency program. It also screens historic and contemporary works by both national and international artists.

By fostering critical thinking around new media and promoting the dissemination of video art in the Portuguese-speaking world, FUSO contributes to the enrichment of the national contemporary art scene.