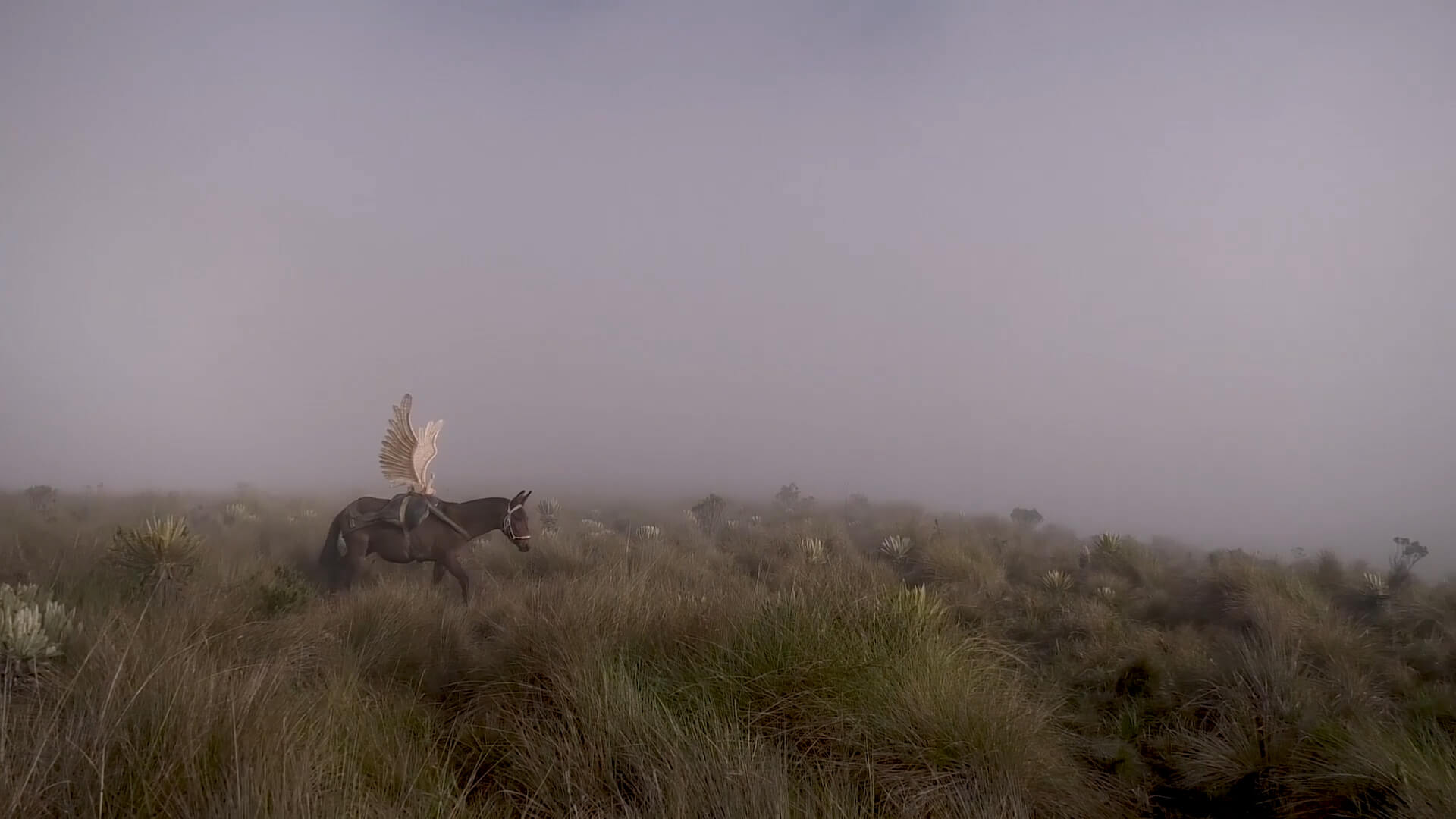 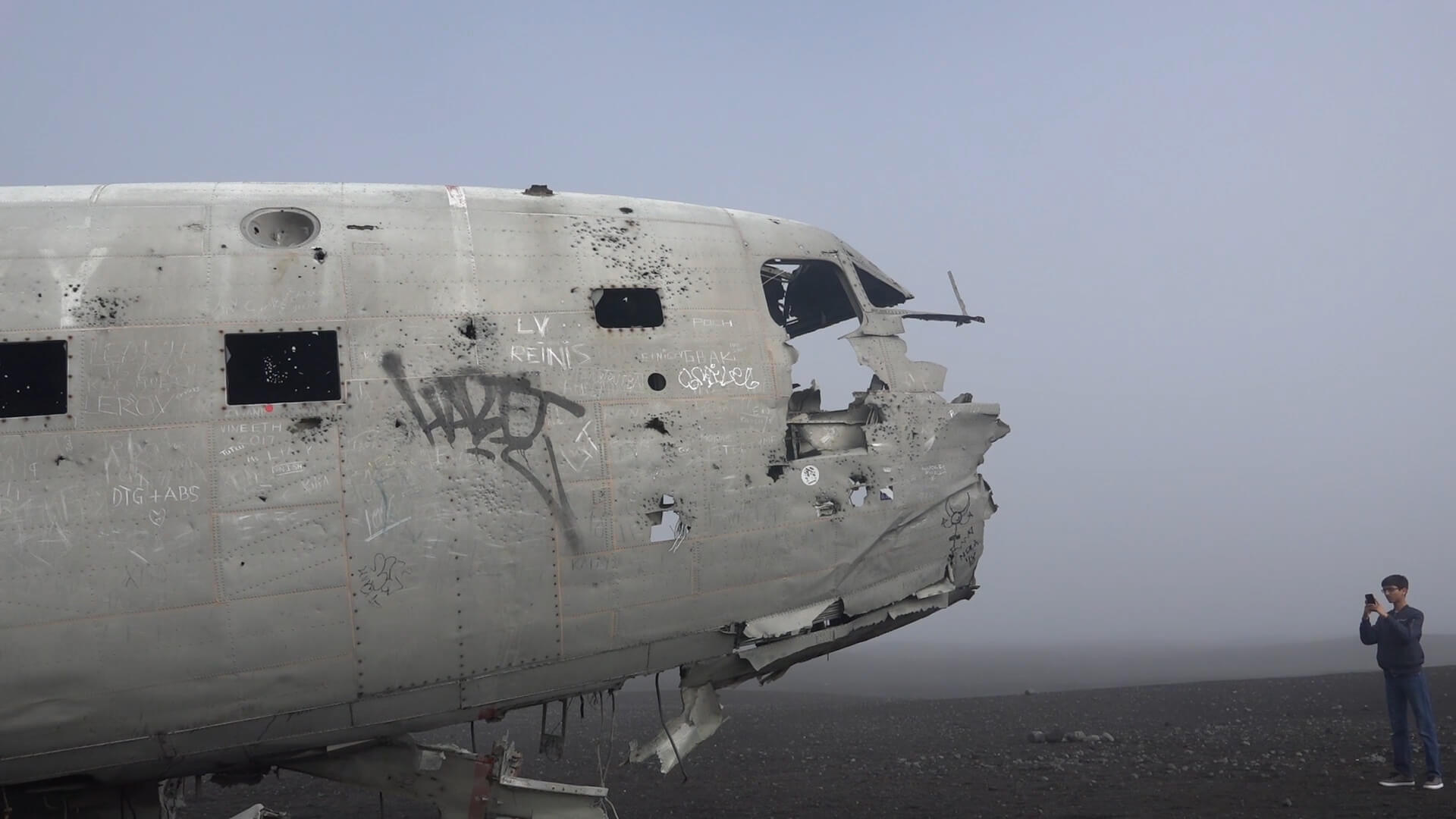 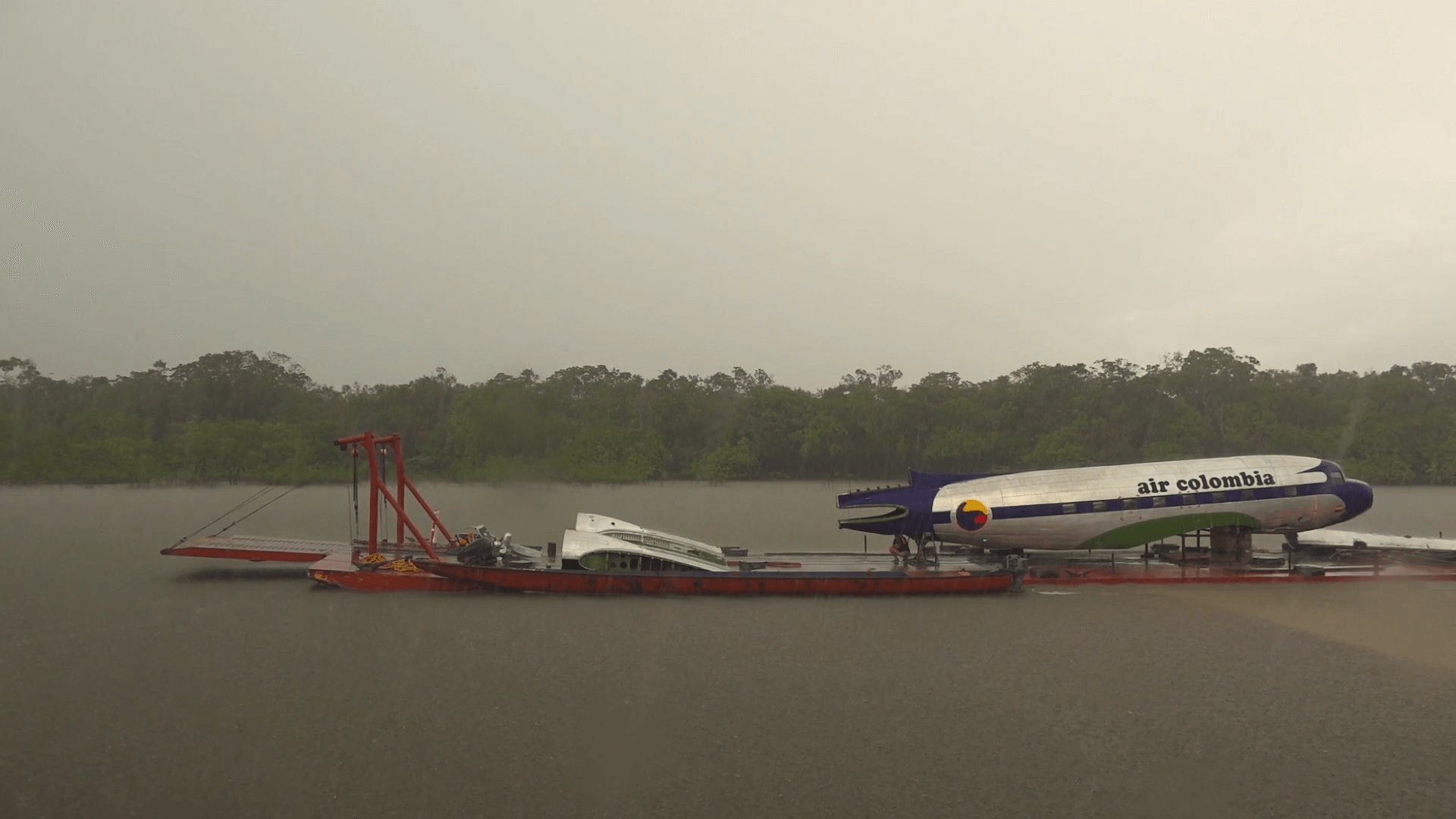 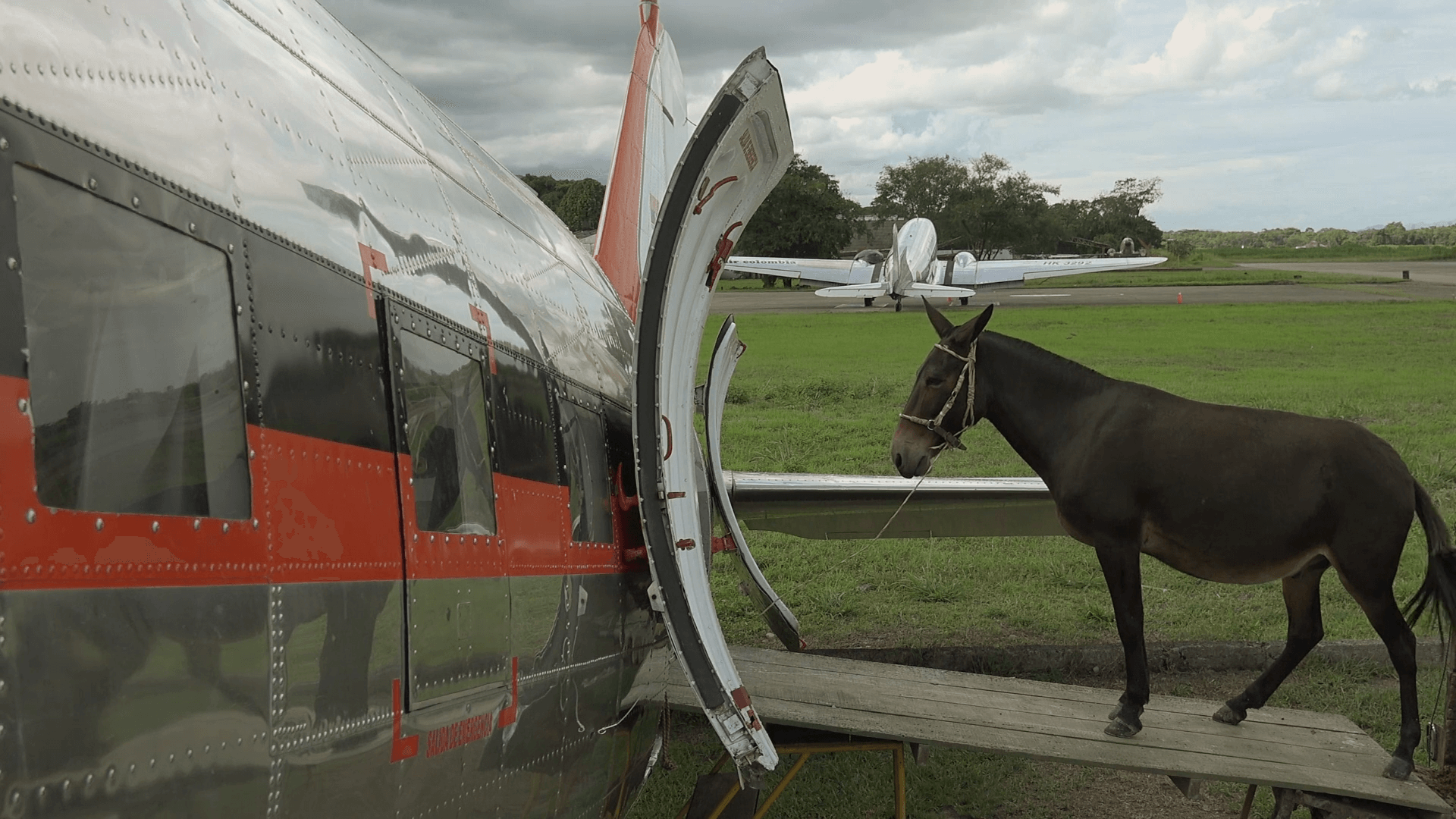 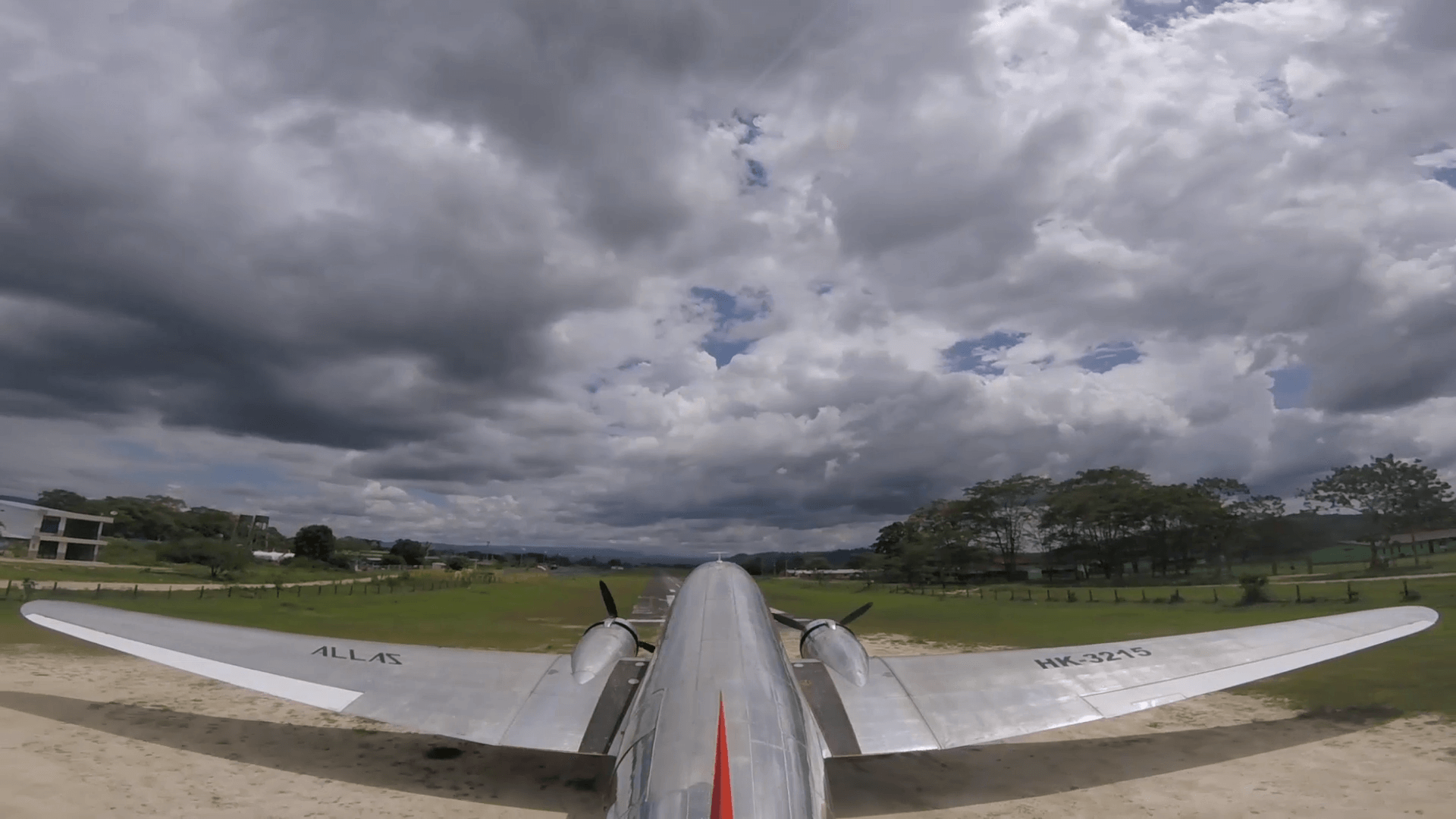 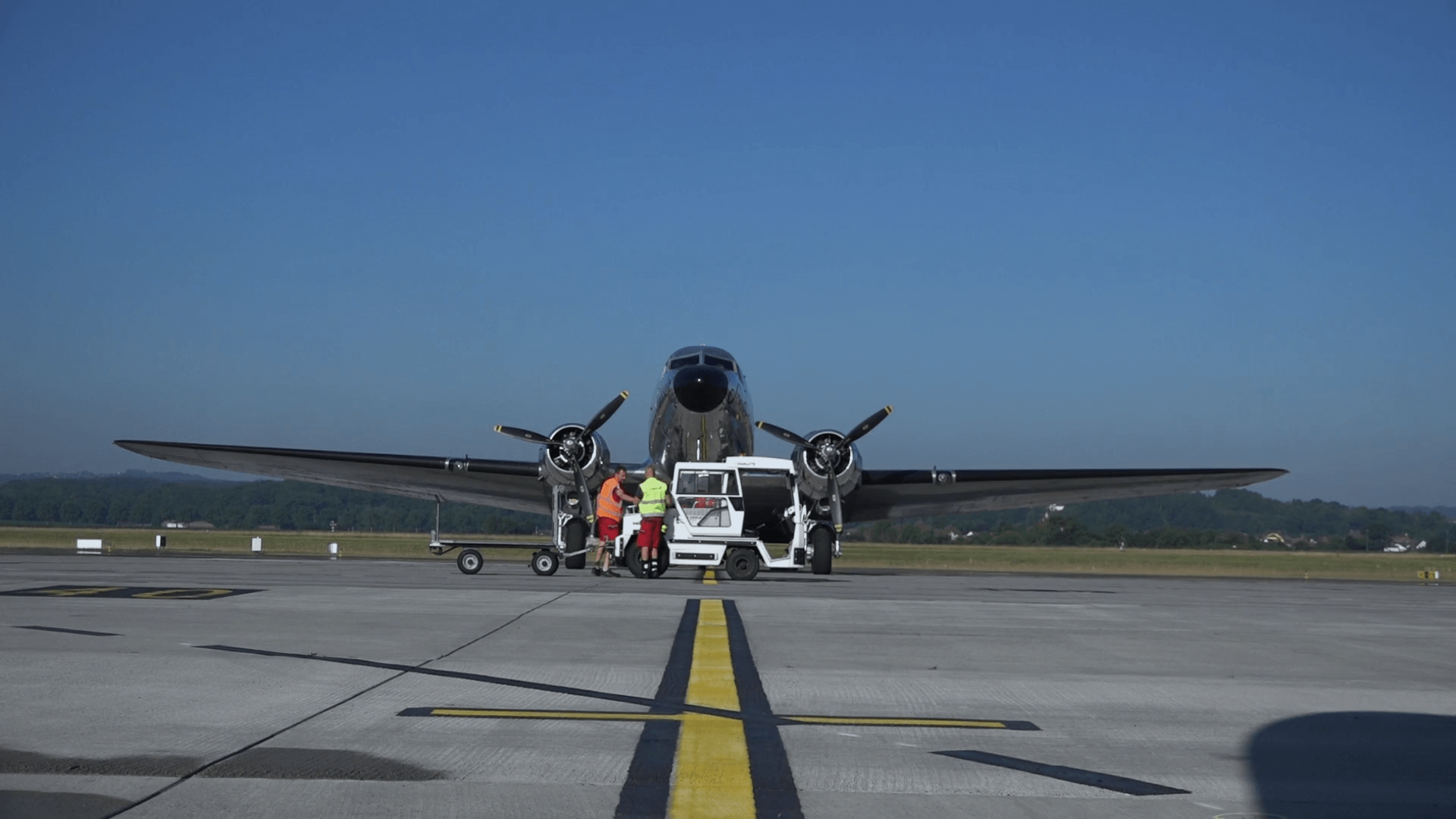 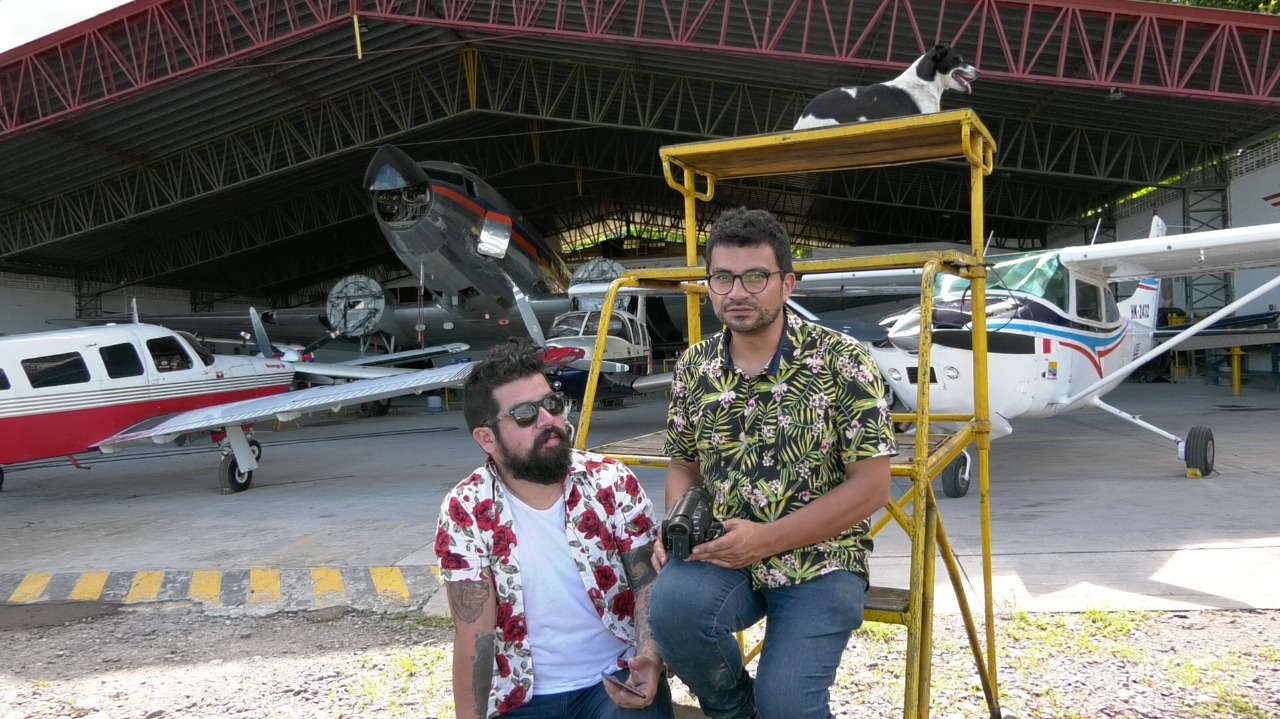 On airplanes and mules

In Volando Bajo, Elkin Calderón and Diego Piñeros bring a unique narrator to life: an airplane which is part of the Colombian government’s superannuated Douglas DC-3 fleet. Purchased by the State in the mid-20th century, when the model constituted a symbol of modern technology, the airplanes are still used in flights over the plains and jungles of Colombia. During what it believes to be its last flight, cruising over different landscapes and times, the airplane interweaves historical and oneiric narratives, reminisces about past glories and defeats, introduces us to unexpected passengers and shares his “aerial” reflections on life, creating potent metaphors for the disparity between the promised post-war future and the ruinous and uncertain present. “I realized I’m an anachronism”, it says. “I’m caught in suspension between my former grandeur and my present obsolescence”.

The film, which Videobrasil Online has the privilege to premiere on its platform, is the product of extensive research conducted during the Colombian duo’s residency in Villa Ruffiex, in Sierre, Switzerland, as part of the Pro Helvetia program. The residency was granted for their participation in the 20th Contemporary Art Biennial Sesc_Videobrasil (2017) with Centro Espacial Satelital de Colombia. Their new project draws on an image created by Swiss architect Le Corbusier in a visit to Bogotá: impressed by the dramatic changes which were occurring in Colombian transportation due to the arrival of the new DC-3 fleet, the architect made a sketch titled From Mules to Airplanes.

By drawing connections between mules and airplanes in order to explore ideas such as the suspension of time and resistance to modernization, Calderón and Piñeros pored over multiple audiovisual archives covering diverse historical periods. The stories and images gathered by the duo are a testament to the DC-3’s glamorous standing during the 1940s and 50s, and to the decline of these WW2 survivors into their present-day melancholy state of existence – to this day, the DC-3s remain active and play a critical role in reaching remote and inhospitable regions which have been effectively abandoned by the Colombian government.

In addition to Volando Bajo, the research also resulted in the production of the De la mula al avión installation, which was set up beside the Monumento a Los Héroes in Bogotá, in 2019. The work also included a plaited straw sculpture of a small articulated mule – a toy which, for a time, was also widely popular in Brazil – as a counterpoint to the equestrian statue of Simón Bolívar. Both works draw on similar narrative fragments and on the image-synthesis of the winged mule to illustrate how a machine which once represented the dawn of modernity has become, rather, the reflection of its defeats, its faults and its perversities – and, in merging itself with a ravaged natural environment, it ultimately has also come to symbolize the resistance of those who face the inexorable advance of progress.

The notion of dislocation and an interest in forging novel connections between memories and ruins are at the center of the works by the Colombian artist collective, founded in 2014 and currently headed by artists Elkin Calderón and Diego Piñeros García. Their audiovisual narratives retrieve and dislocate past enactments and representations, eliciting new interpretations of reality by drawing on a poetics of time and space. The duo was nominated for Bogotá City’s 10th Luis Caballero Prize (2019-2020); received a prize for their participation in Bogotá’s 5th Bienal de Artes Plásticas y Visuales (2018); and were shortlisted for the PLATAFORMA Bogotá en Arte Ciencia y Tecnologia grant (2017).