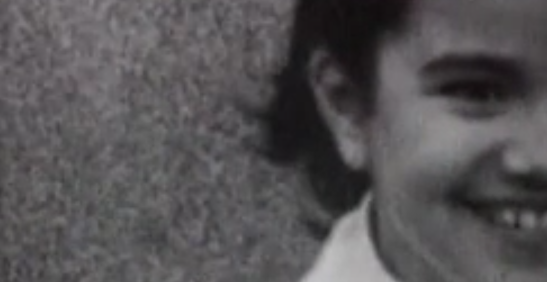 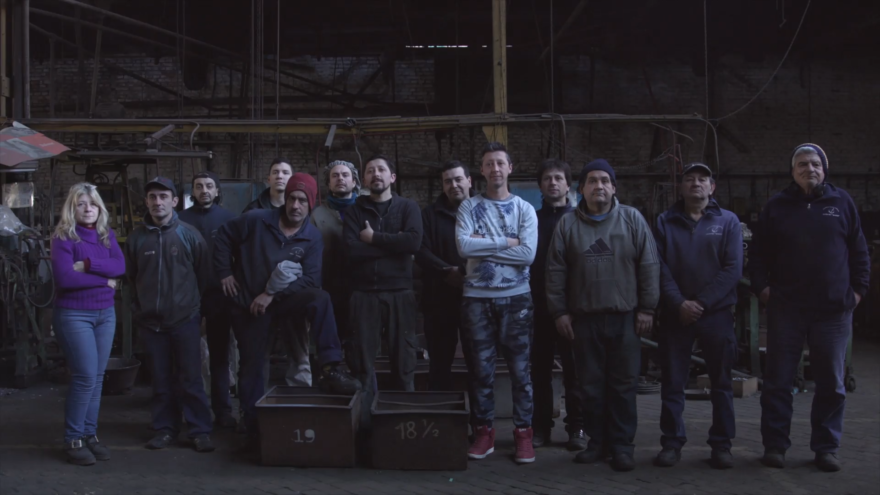 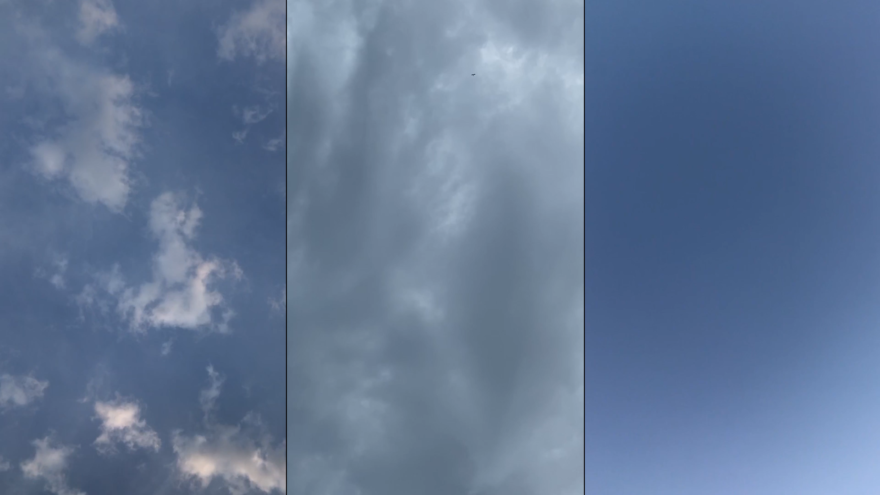 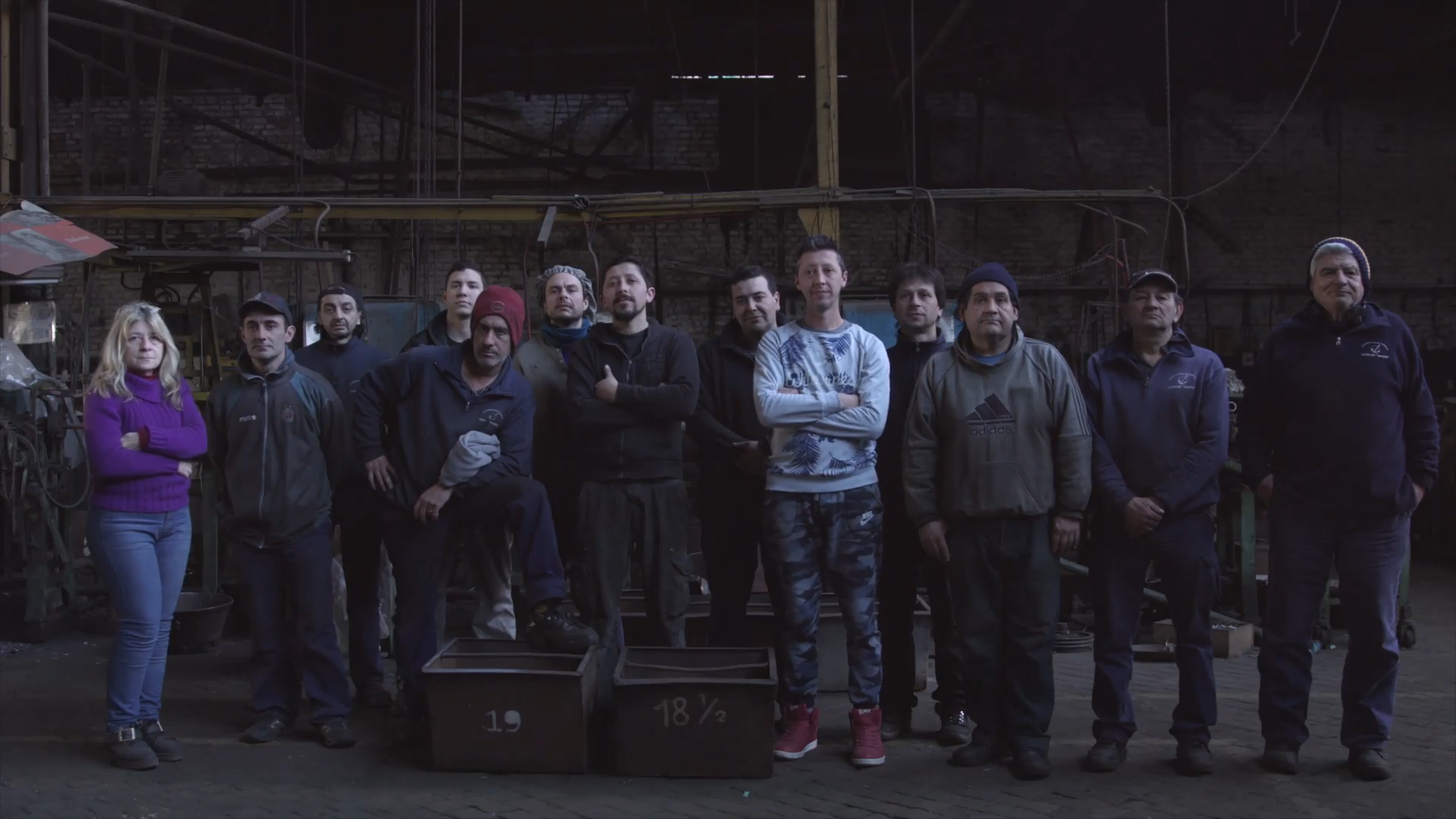 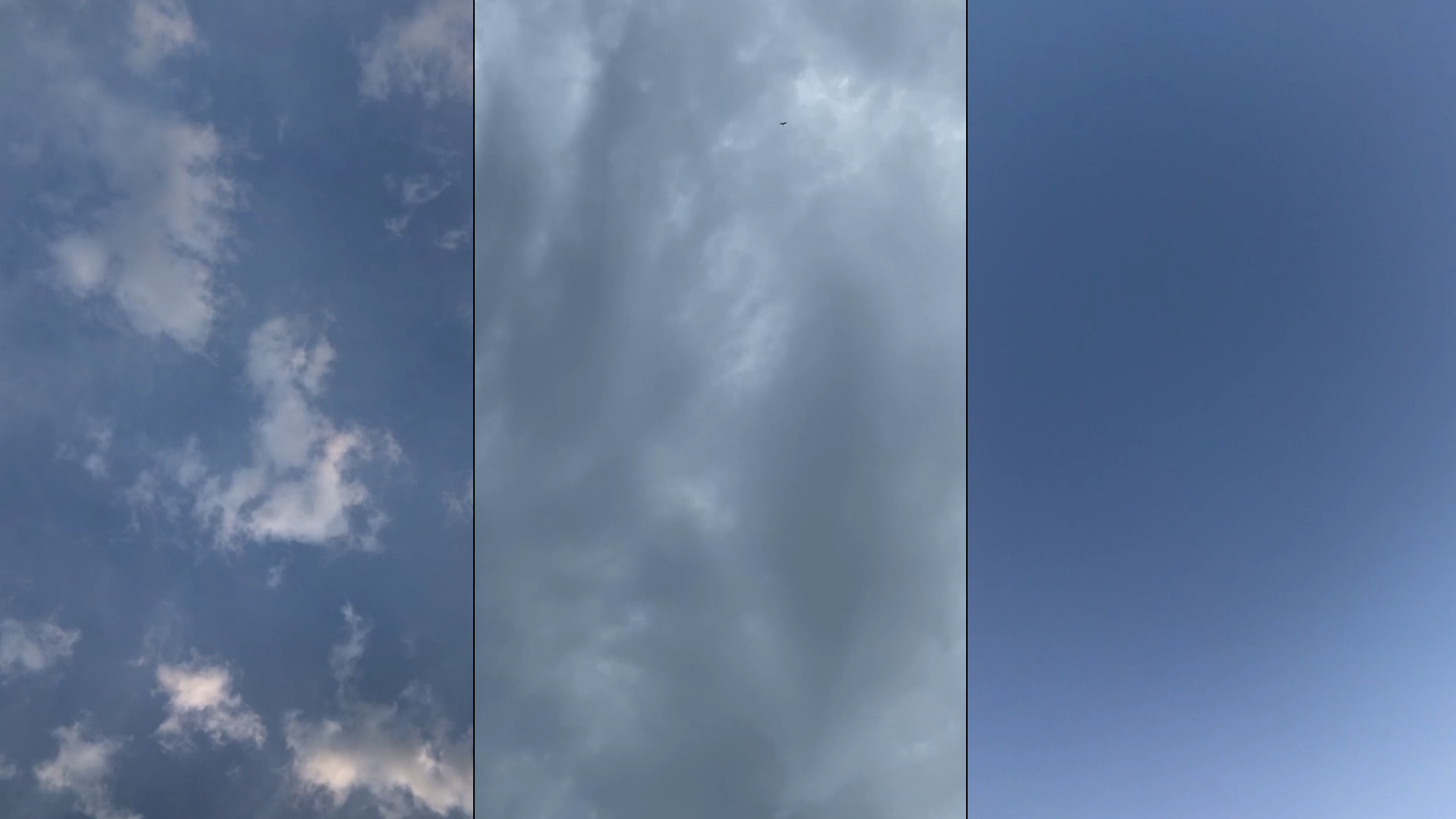 Gabriela Golder is one of the South-American artists with the most wide-reaching presence in the Videobrasil Collection – and not by chance. Like a number of artists from the geopolitical South who rose to prominence in the international art scene over the past few decades, the Videobrasil Biennial provided her with an important foothold for broader resonance and visibility. This exhibition brings together works that marked the Argentinian artist’s participation in the Biennial, spanning from her early career to her most recent piece, produced in 2020/2021, a period during which she spent most of her days, like many of us, observing the world through her window. This selection traces the evolution of an artistic study which draws on a restless, inquisitive yet tender gaze, expanding into new worlds and territories while retaining the artist’s singular forcefulness in addressing political and social issues.

Born during the Argentinian dictatorship, a sanguinary military regime which plagued the country for roughly ten years, Gabriela Golder revisits the muddled memories of her childhood, marked by familial affection and political brutality in En memoria de los pájaros [In Memory of the Birds], 2000 – her Videobrasil debut. Two years later, she returned with the concentrated potency of Vacas [Cows](2002). By applying classic video art procedures to an all too real scene, the artist creates not a metaphor, but rather a heart-rending portrait of the effects of Argentina’s turbulent economic crisis in 2001. The work received an honorable mention.

This was followed by Conversation Piece, in 2012, selected for the 18th Festival. An introductory class of sorts on Marxism, with a framework reminiscent of 18th century European bourgeois tastes, the triptych addresses, with a certain dose of irony, issues that have never been solved and ideas that need to be revisited.

In 2019, the artist won the 21st Biennial’s Great Prize for her Laboratorio de invención social (o possibles formas de construcción colectiva) [Social Invention Laboratory (or Possible Forms of Collective Construction)], an installation which drew on the experiences of Argentinian workers who occupied and created self-management systems in shuttered factories during the early 21st century. Addressing and discussing the prospects and perspectives of work in the present-day context, the work touches on the 21st Biennial’s central theme: new communities and collective forms of organization, based on affection and affinity, which seek to challenge and disrupt the capitalist order. “It’s as if the factory’s gears were gears of potential and possibility”, says the artist, commenting on the work.

In addition to the works presented at the Biennial, the exhibition also features a version of 52 tonos de azul [52 Tones of Blue], a multi-channel installation produced by the artist during the Covid-19 pandemic. Observing the skies of Buenos Aires, and drawing on footage and images recorded by friends at other locations, the artist asks herself what kind of answers these skies have to offer. As in most of her works, she seeks to address, from a peculiar and subjective standpoint, issues and themes that can be shared, and to which others can relate – be it the personal impact of national memory, ever-urgent social issues, or the existential silence which is revealed during isolation.

A new addition to the Women Artists in KADIST and Videobrasil Collections series – a partnership that focuses on feminine and feminist perspectives contained in both collections –, the exhibition dedicated to the works of Gabriela Golder offers a perspective that encompasses gender issues as it searches for a more just and equal world – in more senses than one.

Visual artist, curator, teacher, co-director of the Bienal de la Imagen en Movimiento (BIM) and of CONTINENTE (Centro de Investigacíon en Artes Audiovisuales de la Universidade Nacional de Tres de Febrero), and curator of the Museo de Arte Moderno’s El Cine es Otra Cosa festival, in Buenos Aires. Golder studied film in Argentina and hypermedia in Paris. She is a graduate and post-graduate professor of Technology and Aesthetics. Her main mediums include video, installations, and site-specific interventions exploring memory, identity and the world of labor. She has undertaken/done artistic residencies at the Banff Centre for the Arts (Canada), and at the Wexner Center for the Arts (USA), among others. She has also participated in, and won awards at, group exhibitions and festivals in Brazil, Argentina, Germany, France and Japan. She lives and works in Buenos Aires.

The artist was five years old when the military dictatorship ended in Argentina, in 1976. In this video, she meticulously reconstructs fragments of a past that seems to be slowly dissolving, by juxtaposing footage and interviews connected to oppression, fear, torture, and cruelty, and Super-8 footage of her happy childhood. “I saw everything. I saw nothing”, she concludes.

The work draws on news footage of a real event that occurred in Rosário, Argentina’s third largest city, in March 2002. Following an accident with a livestock truck, hundreds of locals fell greedily upon the cattle which had been strewn across the blacktop, putting them down, hacking them to pieces and taking the meat home.

In a classically composed triptych, reminiscent of 18th century group paintings/portraits, two girls read the Communist Manifesto with their grandmother. As they read on, they pose questions, which their grandmother answers. The work explores one’s perplexity when faced with issues that defy the passage of time, and the historical revision required to address them.

Drawing on the experience of Argentinian workers who occupied shuttered factories and set up self-management systems in the early 2000s, the artist proposes a discussion on present-day working conditions and the potential for collective construction. Images and audio recordings of workers involved in the occupations and in factory cooperatives can be seen and heard throughout the videos, as well as in the printed newspapers which were part of the original installation. The piece was awarded the Grande Prêmio for the 21st Sesc_Videobrasil Contemporary Art Biennial (Estado da Arte – Eletrica Cinema e Video award).

Contemplating the sky became part of the artist’s daily routine during the pandemic. In this piece, she uses artificial intelligence systems, with inputs related to the theory of color, astronomy, meteorology, ornithology, geography, and the history of explorations, among others, as “poetic interpreters” of images of the sky that she and her friends recorded over the course of the pandemic, in an attempt to decipher what each of them had to say.

Women Artists in KADIST’s and Videobrasil’s Collections is the result of a six-month collaboration between the organizations, comprising three exhibitions that delve into the work of women artists who explore specific ways of creating moving images from situated perspectives. Spanning diverse sensibilities, methodologies and media, the works consider different ways of approaching art practice, knowledge, and the relation to the present from clearly feminist positions, affirming the agency of art as a transformative force.

The first two exhibitions are devoted to the work of Lynn Hershman Leeson (Sep. 27th – Nov. 28th 2021) and Gabriela Golder (Nov. 29th, 2021 – Jan. 23rd, 2022), respectively. While the first explores the experience of womanhood and violence and the trauma it entails, as well as the struggles of women artists to gain equal conditions in the art world, the second addresses topics that touch on gender issues, such as the relationship between work and identity, from a feminine and political perspective.

Finally, a group exhibition (Jan. 24th – March 27th, 2022) will bring together a selection of works from Videobrasil’s archive and the KADIST Collection emphasizing women’s diverse points of view on a myriad of issues. The programme offers an instigating survey of the contribution of women artists who work in the north and south axes—of both art and the world—to the field of video and to confronting key issues of our present times.

Founded by Solange O. Farkas, the Associação Cultural Videobrasil develops and carries out curatorial and research actions with a focus on the audiovisual production of the geopolitical South. Its projects draw on the Videobrasil Collection: a collection of artworks, publications and documents amassed since the first edition of the Videobrasil Contemporary Art Festival, in 1983, during which Brazil – and most of Latin America – was under a military regime. Created in the beginning of 1990 and based on a rigorous process of qualification and updating, the Videobrasil Collection features roughly 1,700 works from the art scene of the geopolitical South – Latin America, Africa, Eastern Europe, Asia and the Middle East. The collection constitutes an inestimable wellspring for research on the production of the geopolitical South, which is marked by the use of the video medium for political, combative and liberational purposes.

KADIST believes contemporary artists make an important contribution to a progressive society, their work often addressing key issues of our time. KADIST, a non-profit organization dedicated to exhibiting the work of artists represented in its collection, encourages this engagement and affirms contemporary art’s relevance within social discourse. KADIST’s local hubs in Paris and San Francisco present exhibitions and events, and organize residencies and educational initiatives, as well as producing projects online and via social media. Concurrently, KADIST is actively establishing networks across five areas—North America, Europe, Middle East & Africa, Asia and Latin America—inviting new artists into the collection and initiating collaborative programs, especially exhibitions with museums of each region. Together, they aim at facilitating new connections across cultures and creating vibrant conversations about contemporary art and ideas.